Amphipolis: A Marks the Spot?

The marks I noticed were there, and not just like seeing things in clouds.

Mrs Medoni confirmed that the marks were made by masons not by accident, and that obviously the archaeologists were aware of them! As I keep saying these guys are very good, so I'm not pointing out anything they wouldn't know.

There is a difference between marks made by masons and "mason's marks" ...

Although a number of Greek buildings have letters on them loosely termed "mason's marks" that term is itself controversial and there are huge discussions going on between academics about what they were.

Were they guides for the builders to put the blocks in the right place? Possibly, but most buildings were finished in situ, with for example column flutes carved once all the drums were in place on the building.

Where they signatures? Sometimes this seems possible, although at other times - for example the idea that a Pi found on a lion from the Mausoleum of Halicarnassus stands for Praxiteles (corrected - sorry am obsessing about Hecatomnus) - this seems highly imaginative rather than likely.

The most creative recent idea by a team of American scholars is that they were musical notes and that tholoi were designed to play music in. That's a little too creative for my liking, and I'm pretty sure we can agree that Amphipolis was neither a giant musical instrument nor a space for music recitals.

Also, "mason's marks" if they are used to located blocks in different areas of a monument are more likely to vary: eg Alpha, Beta, Gamma, Delta etc.

All the letters I've spotted in the photographs of Amphipolis seem to be Alphas or variations on Alphas.

When all the letters seem to be the same, it is far more likely to be a monogram. Although monograms on blocks are less common, there are very similar ones of Antigonus at Troy, and as I have noted before, the temple they are on was the one Alexander the Great requested in his will.

So, this was the very first photograph I looked at. It's on this web site, and I circled the part I would like to discuss. Ideally inscriptions are photographed with different light to make them clear, but this is a monogram which would have been covered in stucco.

This is a coin of Alexander the Great showing one of the monograms he used (source):

This is a coin of Philip III Arrhidaeus with the AT monogram that also appears on many coins with Alexander (source):

This is a coin of Antigonus I Monophthalmus with the AT monogram that also appears on many coins with Alexander (source):

Anyway, I do realise half of Greece is now going to be examining every block photograph under a microscope ... it may not be as exciting as an inscription saying "Alexander tied his horse up here and was buried at Amphipolis" ... but these sorts of monograms were important.

Taken alone they do not date or identify the building 100%, but they are almost certainly one of the many key pieces of evidence the excavators are using.

Here's the deal: I can't see the letters clearly enough to see if they are of Alexander the Great or of Antigonus, and I'm not even sure if they are all the same monogram or a couple of different ones. Antigonus would be amazing as it would mean he finished the tomb, the same way he tried to fulfill Alexander's wishes at Troy.

But, the one I highlighted above does seem to possibly have the same strange archaising bent bar as the ancestral inscription from the palace at Aegae.

Again, this might be a trick of the light, and all will be revealed in due course!

Finally, there seem to be a lot of angry coin 'experts' saying these are not monograms but mint marks .... ouch. There are mint marks on coins to show where they were minted. But since Alexander the Great's image continued to be used on coins for centuries after his death by rulers that wanted to assert themselves as his heirs, they also added monograms to show who had ordered the coin to be struck.

Coins can have both mint marks and monograms on them! But since buildings were not minted, they don't have mint marks - just monograms.

People have always collected coins because they are a great way to get in touch with history, and coin collectors have put up an extraordinary amount of information on the internet. But ... some of it is more enthusiastic than accurate, so please be careful and as with Wikipedia check to make sure it is correct. 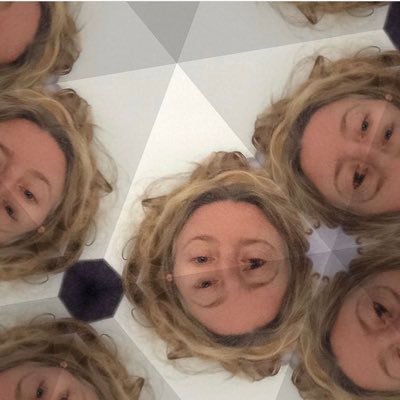 I use affiliate links when I link to Amazon through Amazon Associates but nothing else. I only recommend books & products I love on the blog, but I sometimes Tweet links to free or bargain Kindle books I have not read but which are on offer.